UPDATE: A spokesperson from Rover.com sent a statement. See below.

This post is an update to Friday’s horrible incident involving a loose dog along Cherry Creek. Connor, a golden retriever, had to be euthanized after he was hit by a car. The unfortunate incident unfolded live on my Facebook page as animal protection officers attempted to retrieve Connor. You can read my reflection on the incident here.

His voice was low.

“He was my best friend. This dog was like my child,” Kraig Braeuning told me. “I’d give a million dollars to get my dog back.”

This wasn’t an easy phone call.

Kraig reached out to me to express Connor was a beloved dog who was never neglected or dismissed. He wants people to know, especially those who saw Connor’s situation, that his dog was deeply cared for and loved.

“It’s an opportunity to learn from,” Kraig said. “I’d give anything to change what happened.”

Kraig sent over photos and videos, like this one and this one to show how much he cared for his dog and “best friend” of six years. 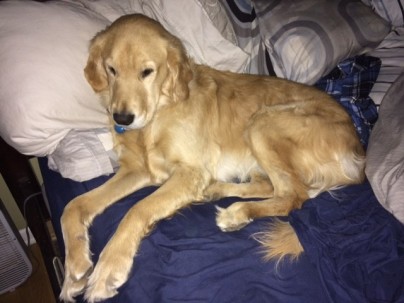 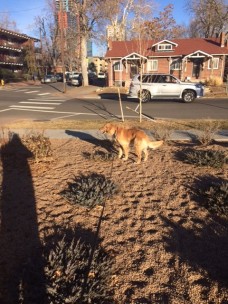 Kraig revealed he hired a dog sitter from Rover.com to take care of Connor on Friday while he was in Vail. He said he’s used the company several times in the past without any problems.

“I would equate this company to something like a babysitter,” Kraig said. “Usually he [Connor] goes with me everywhere I go, but the home I was at in Vail didn’t allow dogs.”

This time it wasn’t Connor’s usual dog sitter from Rover, but a different one from the company, Kraig said.

According to Kraig, the dog sitter came to his home near Washington Park to take Connor on a walk. As the sitter entered the home, he left the front door open.

At some point Connor got spooked and bolted out the front door.

The sitter, according to Kraig, chased after Connor for about a mile before losing track of the dog.

“I couldn’t talk about it for days. I don’t have kids, I don’t have a wife. My dog acted like he won the lottery every day when I came home. He was my best friend,” Kraig said.

Kraig stresses representatives from Rover have been extremely communicative and remorseful about the tragedy and are not skirting responsibility.

Here’s a statement from a Rover.com spokesperson:

“As dog lovers, we are devastated about what happened with Connor. Dog safety is always our top priority, and we know that the loss of a dog is the loss of a family member. We understand this is a truly difficult time for Kraig that should be treated with dignity, and we will continue to work privately with him to provide support in this time of need.”

Rover.com is a popular online pet sitting service, kind of like Uber for dog walkers and sitters (it’s a common analogy people use as the online sharing economy expands).

Through Rover’s app, you can pay a nearby dog walker/sitter to come to your house.

Some sitters will take in your dog at their home, which currently may not be legal in Colorado. Lawmakers are working on legitimizing online pet sitting companies like Rover as some conventional kennels express concern about safety and reliability.

On its website, Rover says “your dog is in good hands” as it lists bullet points below:

Kraig, at first, was a bit reluctant to reveal the name of the dog sitting company, but I felt compelled to get this information from him and put it out there considering this incident was viewed by thousands of people.

Kraig says he doesn’t want to profit off Connor’s death and instead wants any funds to go towards prevention.

He has started a GoFundMe site to solicit donations that would be given to a Golden Retriever rescues in Colorado.